Quarry Lane was designated as a Local Nature Reserve in 2004 because of its importance to wildlife and the community.

There is a lot of history associated with Quarry Lane LNR, beginning at the Field Mill Dam at the eastern end of the site.  Alongside the restaurant once stood a large stone water powered cotton mill, which was built around 1877-89.  Alongside the LNR is an old quarry, called ‘Lindley's Quarry’, where huge blocks of stone were transported into the town centre where they were cut into smaller manageable pieces.

The River Maun meanders through this reserve, eventually entering Field Mill Pond. The Mill Pond attracts a wide variety of birds including Little Grebes and breeding Mute Swans. The area also boasts a thriving population of Water Voles. As the river flows through the site it falls over a number of small ruffles attracting Kingfishers and breeding Grey Wagtails. The river is flanked by mature woodland dominated by Ash, Beech and Oak. This woodland provides breeding habitat for a number of bird species including Spotted Flycatcher and Bullfinch.

The grassland creates small open meadows areas between the trees and scrub which is a haven for invertebrates most noticeably butterflies with several species being recorded for example Meadow Brown, Common Blue, Small Copper and Brimstone.

Along the southern edge of the site is a frequent limestone exposure, which provides a rare habitat.

This site has many important historical features including Drury's dam viaduct, and the remains of the extensive mill building once the third largest in Europe.

The viaduct was built in the 1870s of local limestone and was used as a railway line transporting coal and sand from quarries in the area. The viaduct is now a public footpath and Grade II listed structure.

Today you can see lots of evidence of the past history, such as old stonework and interpretation panels on site include lots of information.

You can access the site from Nottingham Road, Matlock Avenue (not suitable for wheelchairs) and Quarry Lane.

The site has flat, well-maintained footpaths that make the area accessible to all. 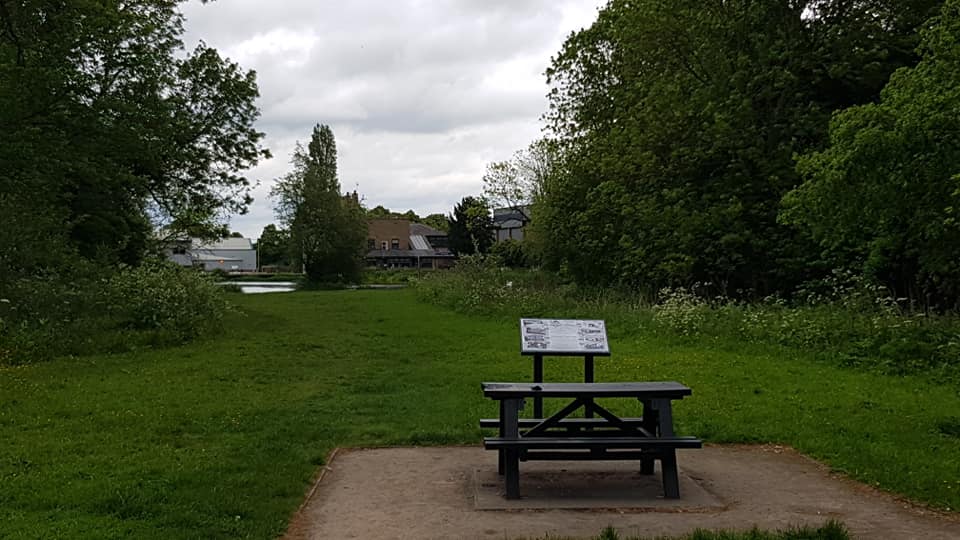