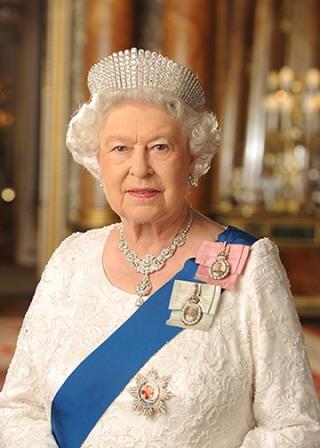 “We are extremely saddened by the death of Her Majesty The Queen, and join the nation in a period of mourning.

“On behalf of Mansfield District Council and the residents of Mansfield district, we extend our sincere condolences to the entire Royal Family.

“We are grateful for and will never forget The Queen’s 70 years of incredible devotion to public service in the UK and the Commonwealth. We will fondly remember her as a much-loved and respected figure who provided impeccable leadership on joyous occasions as well as through more challenging times.

“We know many residents of Mansfield will have their own personal memories of The Queen. This includes those who have received honours at Investitures, attended Garden Parties or receptions, been present at one of her visits to Mansfield, or who have received a message on their 100th birthday.”

Her Majesty, the then Princess Elizabeth, first visited Mansfield in June 1949 to lay the foundation stone at Portland Training College.

She visited the town again in July 1977 as part of a tour of her realm to mark her silver jubilee. The Queen, joined by His Royal Highness The Duke of Edinburgh opened the new public library and met with members of the public on Westgate and the Market Place.

The Union Flag at the Civic Centre is at half-mast.

Members of the public may wish to consider making a donation to a charity of their choice, or one of The Queen’s charities or Patronages in memory of Her Majesty, instead of leaving floral tributes.

Anyone who wishes to leave flowers, is asked to lay unwrapped flowers at the Cenotaph in the car park at Mansfield Civic Centre, off Rosemary Street. Please use the bins provided to dispose of any packaging.

You can find an online book of condolence and further information on the royal.uk website (opens in new window).

We will update our Passing of Her Majesty The Queen webpage and social media feeds over the coming days with further information regarding local and national arrangements.