Anyone who has not received their Council Tax Energy Bills Rebate yet must fill in the short application form on our website to check their eligibility.

Find out more and fill in the application form 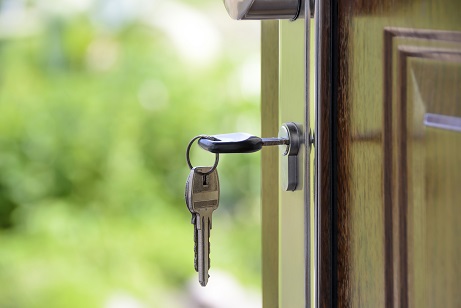 A Mansfield District Council tenant has been warned by a court that he could face eviction if he engages in threats or anti-social behaviour.

The council sought a possession order last month after first taking action against Paul Allsop, aged 52, of Chestnut Grove, Mansfield Woodhouse, after he was arrested on 27 September 2020 for wielding an axe and chainsaw, damaging a door and making threats to kill police officers.

He was sentenced at Nottingham Magistrates' Court on 7 January 2021 for that incident after pleading guilty at an earlier hearing in November 2020 to causing criminal damage to the door of his council bungalow.

He also admitted using or threatening unlawful violence and was sentenced to a 16-week prison sentence suspended for 12 months, ordered to pay £600 compensation to Mansfield District Council and was given a 12-month community order to include 15 rehabilitation activity requirement days. The court also ordered that his axe and chainsaw be destroyed.

The court heard that Allsop destroyed his own front door because he was angry that police had turned up at his home to switch off his gas supply after he threatened to blow his home up.

Before Allsop was convicted of the criminal damage charge and threatening police, the council had applied to the County Court, at Mansfield, on 15 October 2020 for an interim injunction against him. It was made up to a full injunction on 13 November 2020 and laid down various conditions to prevent Allsop from:

- Using or threatening to use violence, including the use of weapons, threats to kill, threats to blow up, threats to burn down and cause any damage to the property or to any person residing in Chestnut Grove or their visitors.

- Causing nuisance or annoyance to any person residing in Chestnut Grove or their visitors, including the playing of loud music.

- Shouting or swearing or using abusive language towards any person residing in Chestnut Grove or their visitors.

On 11 March 2021 at Nottingham County Court, Allsop admitted two breaches of the injunction and was given a three-week prison sentence suspended until the expiry of the council’s injunction on 7 October 2021.

Following this case, the council served a notice on Allsop on 24 March 2021 warning him that it was seeking possession of his home for breaches to the injunction. Various legal procedures delayed the hearing until 18 May 2022 when Nottingham County Court granted the council a possession order, suspended for five years.

If he breaks any conditions of this suspended possession order at any time in the next five years, the council may seek to pursue eviction action.

Cllr Marion Bradshaw, Portfolio Holder for Safer Communities, Housing and Wellbeing, said, after the case: "This has been a difficult and complicated set of proceedings against this tenant.

“We and the court recognise that this suspended possession order strikes a balance between sanctions to ensure Paul Allsop lives in a manner that is co-operative and which deters behaviour likely to cause alarm or distress to his neighbours, whilst allowing him one final chance to keep a roof over his head.

"We remain determined, however, to ensure he sticks to the conditions of this possession order and if he doesn't, the council may have no alternative but to pursue further action to evict him."