Anyone who has not received their Council Tax Energy Bills Rebate yet must fill in the short application form on our website to check their eligibility.

Find out more and fill in the application form

Regeneration money is a further boost for Mansfield 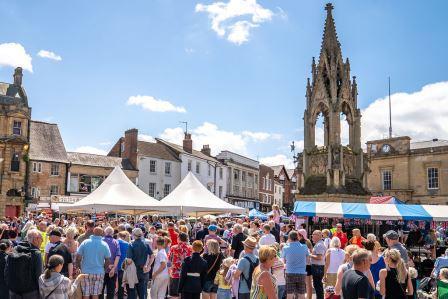 The Executive Mayor of Mansfield Andy Abrahams says it is excellent news that Mansfield is set to receive up to £25m to develop innovative regeneration plans.

Mansfield is among 100 places invited to develop proposals for a new generation of multi-million-pound Town Deals.

The towns eligible for support from the £3.6 billion Towns Fund include places with proud industrial and economic heritage but have not always benefited from economic growth in the same way as more prosperous areas. The fund has a focus on improved transport, broadband connectivity, skills and culture.

The Mayor said: "This is a really exciting time for Mansfield town centre, our residents, businesses and visitors.

The news today of the Town Fund, in addition to the bid Mansfield District Council is developing for Future High Streets funding, puts us in the best possible position to be able to realise our ambitious plans to revitalise key areas, create local jobs and bring in new business.

We are already working with partners who share our aspirations and we will continue to work with the local community to build a prosperous and sustainable future for our town.

The council looks forward to receiving official confirmation about the Towns Fund and further details of the criteria for funding from the Government in due course."

Mansfield District Council is already working on a bid for £25m from the Future High Streets Fund after securing up to £150,000 in July to create detailed masterplans for the town centre.

In addition, several projects to revitalise Mansfield are already underway as the £1.4m refurbishment of Old Town Hall nears completion, while a £2.4m project to improve the appearance of Walkden Street car park is due to start in the autumn.

The Mansfield Townscape Heritage Project, which benefited from nearly £850,000 of National Lottery Heritage Fund grants, to renovate properties in parts of Leeming Street, the Market Place and Stockwell Gate was launched earlier this week.