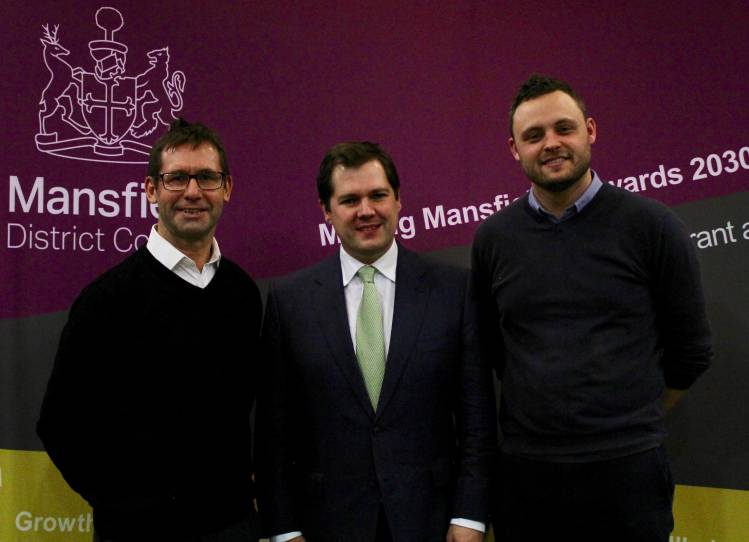 As part of his England-wide Towns Fund Tour, the Communities Secretary visited Long Eaton, Loughborough, Mansfield and Stapleford to see the Government’s commitment to levelling up all regions in action.

Mr Jenrick heard how the four areas are set to draw up Town Plans to transform their economic growth potential with a focus on improved transport, broadband connectivity, skills and culture.

The towns eligible for support from the £3.6 billion Towns Fund include places with proud industrial and economic heritage but have not always benefitted from economic growth in the same way as more prosperous areas.

“Ensuring towns across the country thrive is at the heart of our mission to level up all regions, backed by a £3.6 billion Towns Fund to benefit 100 places. Today, I visited four towns in the East Midlands - each set to receive up to £25 million from the Towns Fund, to hear their ambitious plans to unleash the potential of their areas.

I look forward to working with these areas and hear more about the plans from their communities as soon as possible.”

“We were pleased to have the opportunity to talk to the Secretary of State about our aspirations and vision for Mansfield. With funding from the Towns Fund and Future High Streets, Mansfield District Council will be in a position to masterplan and encourage further capital developments to support our place and growth agenda.”

“Today gave us the opportunity to highlight the economic challenges we face in Mansfield and also share with the Secretary of State our ambitions to grow a vibrant and confident place. We are unable to bring about change alone, we need funding, support and partnerships to make the very most of the opportunities afforded to us through initiatives such as the Towns Fund and Future High Streets.”

The Communities Secretary also visited local business owners who are set to benefit from Government funding and who will to help unleash the country’s economic potential.

In Stapleford, he visited Nottingham’s Pub of Year 2019 the Horse and Jockey where he spoke with the General Manager Paul Guilford, and Paul Hobbs, an army veteran and former homeless man, who has launched Hobbs Burgers, a gourmet burger shop on the high street.

With over £1 billion of support promised to help our high streets over the course of 2020, the government will invest hundreds of millions into projects to transform our town centres and support bespoke plans to meet the needs of individual local communities.

The visits come as over £16 million of capacity funding has been shared across 100 places. Between £140,000 and £173,000 will help each of these areas develop long-term plans to bid for up to £25 million on making their town a better place to live and work.

The Fund will allow the town’s future to be in the hands of local people, giving them a say in how this money is being spent by submitting ideas for how to improve skills and transport, create new jobs and regenerate their local community.