Albert Sorby Buxton's watercolours are a unique and valuable record of the face of Mansfield at the turn of the century.

The Museum's collection of over 130 delightful paintings reveal buildings that no longer exist and views that have long since disappeared.

After being trained at the Mansfield School of Art and the Slade School in London, Buxton returned to Mansfield in the 1890s and took over as head of his old school. At this time the town was growing and changing rapidly and Buxton began to paint this vanishing Mansfield, largely as it would have been in his youth. Many of his paintings were given to the Museum by his widow in 1938, allowing the modern visitor to recapture the townscape of yesterday.

The Buxton collection is on permanent display in the Escapes Galleries. 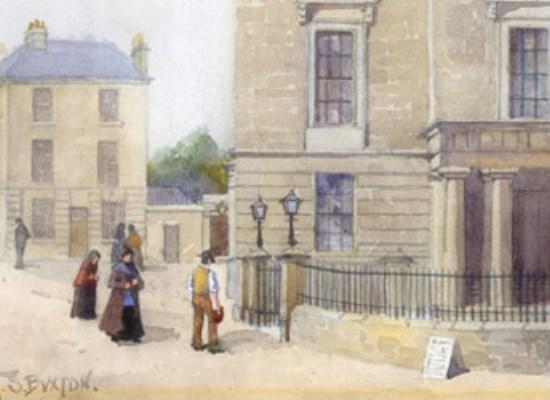