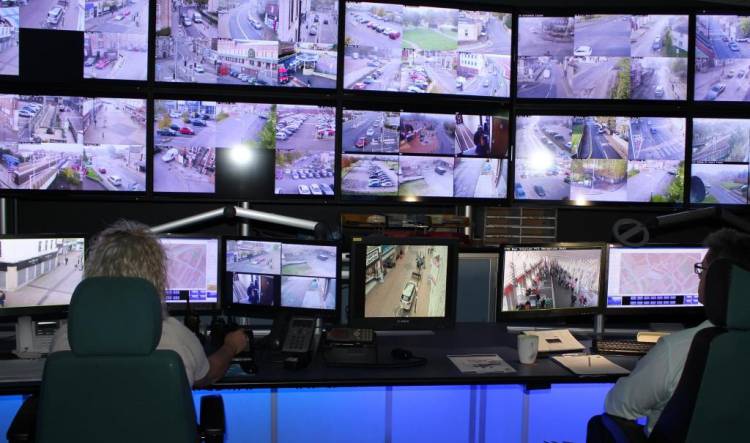 Mansfield District Council has been awarded an official seal of approval for its CCTV service.

The certificate of accreditation by the service's national ruling body, the Surveillance Camera Commissioner, means the operations in Mansfield now officially fully meet all the guiding principles and legal requirements set out by the Commissioner's office.

David Evans, Head of Health and Communities at the council, said: "The service has, of course, always operated within the legal framework and to certain expected standards but now this is officially recognised."

The council's CCTV service, provided 365 days a year, 24 hours a day,  deals with about 10,000 incidents a year, ranging from shop thefts and drug related issues, to robbery and assaults.
As a result of its interventions last year, more than 1,000 arrests were made. Its temporary cameras have also captured 50 fly tips since October.

The council's CCTV cameras currently monitor more than 170 locations in Mansfield, Mansfield Woodhouse, Warsop, including the Robin Hood railway line, lift alarms and cameras at the Walkden Street and Four Seasons car parks and a new permanent camera in the Ladybrook area.

The state-of-the-art system is able to stream live incidents directly to Nottinghamshire Police headquarters, which helps officers decide how best to respond to incidents.

The CCTV scheme in Mansfield was set up in 1996, initially using 16 cameras, one manager and six part-time camera operators, mainly to support retailers in the town centre and improve safety.

Today, eight Mansfield CCTV Operators and one manager work full time in a purpose-built control room, using the latest equipment which was updated from a fibre-optic system to a modern and energy efficient wireless system, costing £524,000, in 2015.

The council can now offer the service to other organisations to create income to help pay for the service. Clients include Amber Valley Borough Council, with cameras in Ripley, Belper, Heanor, and Alfreton, and the Mansfield and Ashfield bus depots.

The upgrade has enabled the council to cover previously hard-to-reach areas in the district and to use temporary cameras to tackle particular issues such as fly tipping.

The operators, who are all Security Industry Authority licensed and have a combined experience of over 150 years, work closely with the police and council's Neighbourhood Wardens to reduce and prevent crime and to reassure the public.

Their work is part of the council's wider strategy to make Mansfield a desirable and safe destination for both residents and visitors.

Councillor Amanda Fisher, Portfolio Holder for Communities and Wellbeing, said: "The council's round-the-clock CCTV service is second to none and has made a significant impact in helping to keep Mansfield safer.

"We even have an anti-social behaviour phone line in the CCTV Control Room which allows residents to report issues any time of the day or night.

“One of the useful things about the modern system we have now is that we can move cameras about and put them in places where we feel there is a particular need.

"Our 'open space' cameras are monitored 24/7 and evaluated each year to make sure they are justified and placed appropriately according to crime figures."

For more information about the service see www.mansfield.gov.uk/community-safety-crime.